Emoji Films Production in association with Babusaan Films came up with a new Odia film Premam, whose trailer has been released in the near future. Premam movie featuring Babusan Mohanty, Prakruti Mishra. The main attraction of the film is that Siddhanta Mohapatra will be seen in the film in his old look. in 2007 the movie Rasika Nagar movie’s look of Siddhant, whose character named Prem’s look will be seen again in Premam movie. 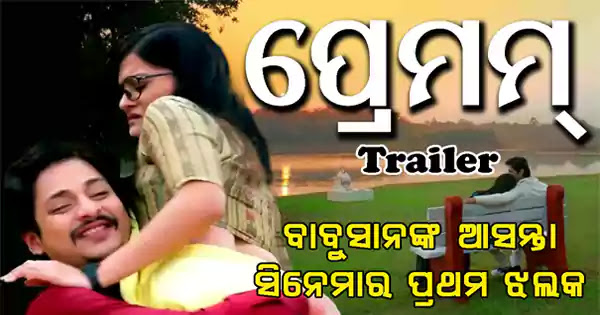 It is unknown at this time whether he will do a negative or positive role in this movie, But in some scenes of the Premam teaser, Babusan is seen with Sidhant in a serious look. Siddhanta Mohapatra’s fan seems to be very anxious to see this character once again. However, after Daman and Bidyarana, Babusan’s new movie Premam will also win the hearts of the Odia audience.

So it seems that in Premam movie trailer, the audience will get to see a romantic love story with a lot of romantic scenes. Watch the promo video of Premam and don’t forget to share.